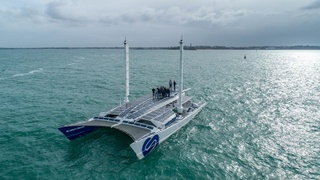 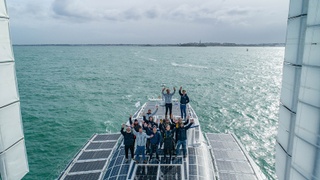 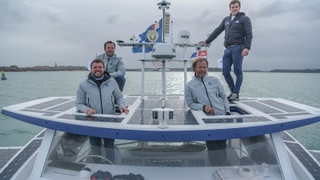 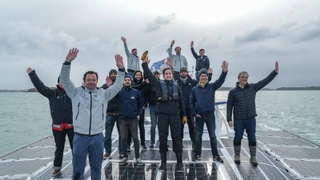 The vessel arrived at Fort-de-France in Martinique on April 21 after more than 30 days at sea. It covered a distance of 5,000 nautical miles without producing any C02 or fine particle emissions and first departed St Malo on March 3. On board technologies were described as “working perfectly” during the crossing.

The first entirely self-sufficient transoceanic passage took place against the backdrop of the coronavirus pandemic, which disrupted the early stages of the expedition.

Instead, the vessel was re-provisioned in the Canaries from a distance. Depending on the pandemic, new crew are set to come on board as soon as possible.

Captain and founder of the project, Victorien Erussard, said: “The boat has just covered over 9,000 km entirely self sufficiently, with no possibility of any technical pit-stops due to the general lockdown.

"Crossing the Atlantic with this floating laboratory sends a powerful message to the decision-makers as it demonstrates the supreme reliability and resilience of our low-carbon systems."

Led by the two captains Victorien Erussard and Jér?me Delafosse, Energy Observer begun an epic four-year expedition in March. This will see the vessel cover a total of 20,000 nautical miles in 2020 alone.

The epic four year global journey follows a three year expedition that saw EnergyObserver test and develop her on board technologies while navigating around Europe. The three-year trip saw Energy Observer visit London, the final stop on its Northern European tour.