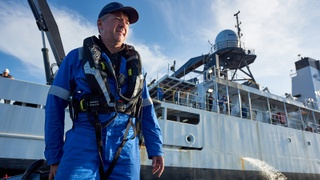 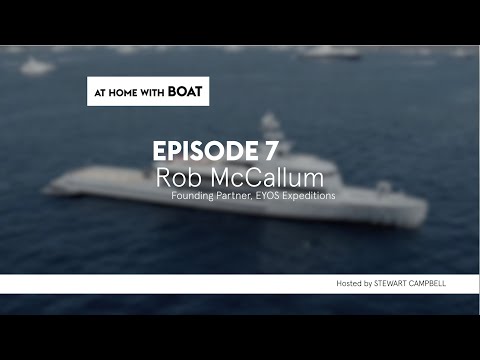 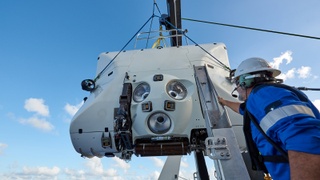 The Ring of Fire expedition to reach the deepest points in the Pacific Ocean will continue in May as planned, expedition leader Rob McCallum has said.

In episode seven of our lockdown video series “At Home with BOAT”, BOAT International editor Stewart Campbell catches up with Rob McCallum, founding partner of EYOS Expeditions, to discuss the increasing appeal of remote destinations, the new Damen SeaXplorers, and what the coronavirus pandemic means for the upcoming deep-sea expedition.

Working remotely is nothing new for McCallum. Him and his team spend most of the year leading expeditions in some of the world’s most remote destinations, including Antarctica, the Arctic, and the middle of the Pacific Ocean. “We're pro-level social distancing", he said.

McCallum led the Five Deeps expedition in 2019 – successfully reaching the deepest point in each of the world's five oceans – and is now running “full steam ahead” with the next challenge.

Set to kick off in May, the Ring of Fire expedition is a continuation of the Five Deeps mission and will continue to map the floor of the Pacific Ocean, including a return trip to the Challenger Deep - the deepest known point on earth. Of course, none of this would be possible without the help of ocean expedition vessel DSSV Pressure Drop and Triton's recording-breaking submersible Limiting Factor.

The 68.3 metre Pressure Drop was built in 1985 as an American spy ship, and designed to be at sea for long periods of up to 90 days. Because the expedition takes place the middle of the Pacific Ocean, the repercussions of the coronavirus pandemic have had little impact on the mission. “We’ve certainly had to rejig things but we are used to staying long periods away at sea with minimal shore support", he said.

Of course that doesn’t mean the team won’t be taking precautions. Initially composed of three back-to-back expeditions, the team will now "roll all three into one five-week expedition" to keep the ship free of COVID-19. "For people coming on board in Guam, we will test them and wait for the results before we depart.”

Pressure Drop and its one-of-a-kind submarine Limiting Factor are currently listed for sale. "It’s had a year of sea trials and its passed with flying colours", said McCallum. He believes the research vessel would be well suited to an ocean philanthropist or could be bought and chartered out to scientists and marine conservationists around the world.

‘It’s all About Energy and Being Efficient’, says Rob Moran

At Home With BOAT: Watch The Interviews

Virtual Boat Shows Could be the Future, says Westport President

On Board Pressure Drop with Explorer Victor Vescovo